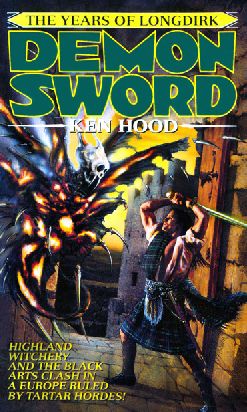 In the lands of a fanciful Renaissance Europe, the king is a hunted outlaw. Meanwhile, a young man with dreams of becoming a prizefighter has his plans waylaid when he's placed under a spell giving him demonic powers-or are they the powers of the king? An exciting heroic fantasy in the spirit of Robin Hood. 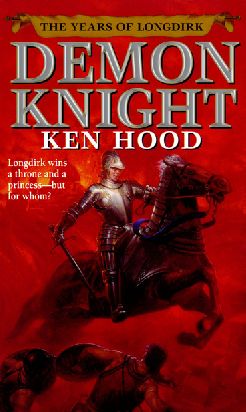 In this third of an exciting series of riotous adventure fantasies, Toby Longdirk, bastard son of a Scottish lass and English invaders, must battle everything from kings possessed by demons to the attentions of seductive locals.Second in Command to the Flamboyant, Autocratic, and more-than-slightly-mad Don Ramon, the swash-buckling Toby Longdirk has — by luck and fate — been successful in defeating the forces of King Nevil of England at the Battle of Trent. Since this is the first military defeat of the demon king's forces, Toby's reputation is made as a commander.

Reputation means nothing, however, when local politics rears its ugly head. King Nevil (a.k.a. "The Fiend" because his body is possessed by a demon) soon recovers from this loss and begins an invasion of Italy, but when Toby is engaged to handle the defense of Florence, protracted negotiations over the terms of service cause massive delays in his preparations. As if that weren't enough, Toby's trusted aide is off mooning after an English princess, his wizard is killed in an ill-fated adventure, and the seductive sister of a local power is after Toby, and she just won't take no for an answer. With The Fiend bearing down on the city gates with vengeance on his mind and a horde of fearsome soldiers at his command, can Toby pluck victory out of certain defeat? 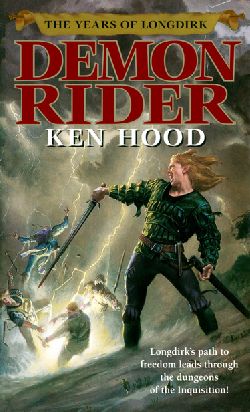 Tobias Strangerson, known as Toby Longdirk has repeatedly escaped capture by King Nevil and his henchman, Baron Oreste of Utrecht. Traveling from Scotland to England, to Bordeaux and Spain, only Toby knows that the king is possessed by a demon and therefore is both immortal and devoted to evil. As Toby struggles against his own inner demons, he must start a crusade against the enemy, depose a tyrant, and restore legitimate rule to the land.