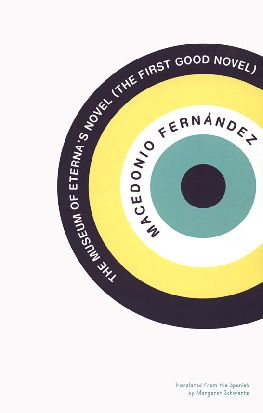 The Museum of Eterna's Novel

The Museum of Eterna's Novel

The is the very definition of a novel written ahead of its time. Macedonio (known to everyone by his unusual first name) worked on this novel in the 1930s and early ’40s, during the heyday of Argentine literary culture, and around the same time that was published, a novel that has quite a bit in common with Macedonio’s masterpiece.

In many ways, Museum is an “anti-novel.” It opens with more than fifty prologues — including ones addressed “To My Authorial Persona,” “To the Critics,” and “To Readers Who Will Perish If They Don’t Know What the Novel Is About”—that are by turns philosophical, outrageous, ponderous, and cryptic. These pieces cover a range of topics from how the upcoming novel will be received to how to thwart “skip-around readers” (by writing a book that’s defies linearity!).

The second half of the book is the novel itself, a novel about a group of characters (some borrowed from other texts) who live on an estancia called “la novella”. .

A hilarious and often quite moving book, redefined the limits of the genre, and has had a lasting impact on Latin American literature. Authors such as Jorge Luis Borges, Julio Cortázar, and Ricardo Piglia have all fallen under its charm and high-concepts, and, at long last, English-speaking readers can experience the book that helped build the reputation of Borges’s mentor.