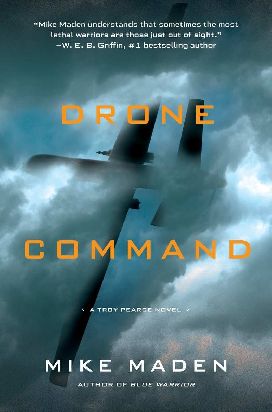 Troy Pearce and his elite team of drone experts are called in when rising tensions between China and Japan threaten to dramatically change the geopolitical climate of the world.

When China stakes a dubious claim in the hotly disputed waters of the East China Sea, the prime minister of Japan threatens to dispatch the country’s naval assets and tear up its antiwar constitution unless the Americans forcefully intervene. The war-weary Americans are reluctant to confront the powerful Chinese navy directly, but if the Japanese provoke a military conflict with their historic enemy, treaty obligations would draw the United States into the fight.

In order to deescalate the first foreign policy crisis of his administration, U.S. president Lane dispatches Troy Pearce and his team to Tokyo to defuse the situation. What they find is a quagmire of hawkish politicians, nationalistic fervor, special interests with their own hidden agendas, and possibly the greatest military threat that America has ever faced. In this treacherous atmosphere it will require all of Pearce’s cunning — and his team’s technological prowess — to separate the truth from misdirection, and prevent the world from plunging into war. 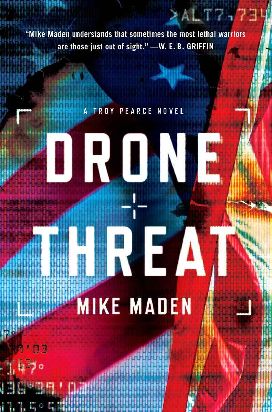 Troy Pearce and his team of drone experts are called to action when ISIS launches a series of attacks on U.S. soil.

On the eve of President Lane’s historic Asian Security Summit, a hobby-store quadcopter lands on the White House lawn carrying a package and an ominous threat: Fly the enclosed black flag of ISIS over the White House by noon today or suffer the consequences. The threat further promises that every day the flag isn’t flown a new attack will be launched, each deadlier than the first.

President Lane refuses to comply with the outrageous demand, but the first drone attacks, sending a shudder through the U.S. economy. With few options available and even fewer clues, President Lane unleashes Troy Pearce and his Drone Command team to find and stop the untraceable source of the destabilizing attacks. But the terror mastermind proves more elusive and vindictive than any opponent Pearce has faced before… and if Pearce fails, the nation will suffer an unimaginable catastrophe on its soil or be forced into war.