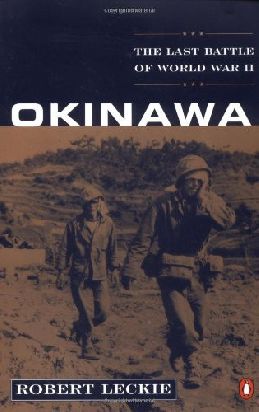 Former Marine and Pacific War veteran Robert Leckie tells the story of the invasion of Okinawa, the closing battle of World War II. Leckie is a skilled military historian, mixing battle strategy and analysis with portraits of the men who fought on both sides to give the reader a complete account of the invasion. Lasting 83 days and surpassing D-Day in both troops and material used, the Battle of Okinawa was a decisive victory for the Allies, and a huge blow to Japan. In this stirring and readable account, Leckie provides a complete picture of the battle and its context in the larger war.

Military historian Leckie covers the fierce battle between American and Japanese troops for the island of Okinawa throughout the spring of 1945.

On this 50th anniversary of the battle of Okinawa (April to June 1945), we can expect an avalanche of titles about this last major battle of World War II. Okinawa was an epic amphibious-air-sea-land battle the likes of which may never be seen again. The conflict raged for 83 days; 13,000 Americans and 100,000 Japanese perished. Kamikazes sank 34 and damaged 361 U.S. vessels. Both Astor and Leckie are experienced military historians who tell their stories in the words of participants. Astor interviewed numerous veterans and compiled a masterful account of the battle as seen through the eyes of both American and Japanese survivors. He explores the history, training, and morale of the army and marine divisions and demonstrates why each was bound to succeed or fail. On the other hand, Leckie has written a “Monarch Notes” version of the battle that tells us nothing new.

For the best history of the Okinawa campaign, readers should consider James and William Belote's (1970). 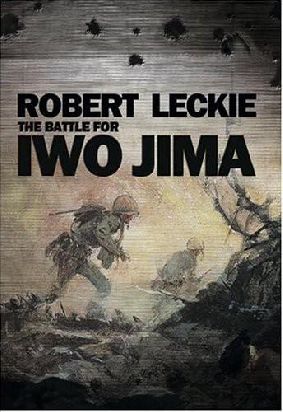 The Battle for Iwo Jima

The Battle for Iwo Jima

From the air, the Pacific island of Iwo Jima looks like a large, gray pork chop. Its strategic location, midway between the U.S. B-29 airfields on the Marianas Islands and the Japanese home islands meant that it had to be seized no matter what the cost. On February 19, 1945, the invasion of Iwo Jima was launched. It became the greatest battle fought by the U.S. Marine Corps in World War II. From it came the most famous image of the war, the raising of the flag on Mount Suribachi. When it ended a month later, the Marines had suffered 20,000 casualties—almost 5,000 men killed in action. And an astonishing twenty-six Marines were awarded America's highest decoration for valor, the Medal of Honor. 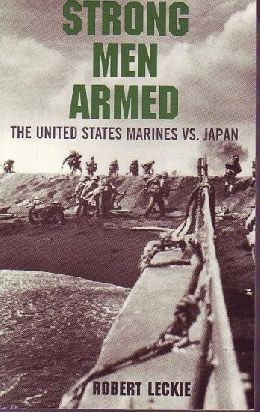 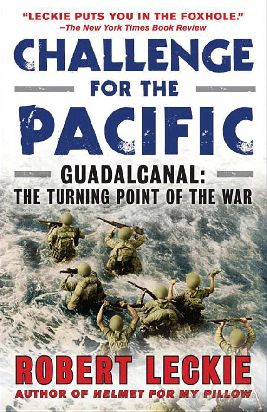 Challenge for the Pacific

Challenge for the Pacific

From Robert Leckie, the World War II veteran and bestselling author of , whose experiences were featured in the HBO miniseries , comes this vivid narrative of the astonishing six-month campaign for Guadalcanal.

From the Japanese soldiers’ carefully calculated—and ultimately foiled—attempt to build a series of impregnable island forts on the ground to the tireless efforts of the Americans who struggled against a tenacious adversary and the temperature and terrain of the island itself, Robert Leckie captures the loneliness, the agony, and the heat of twenty-four-hour-a-day fighting on Guadalcanal. Combatants from both sides are brought to life: General Archer Vandegrift, who first assembled an amphibious strike force; Isoroku Yamamoto, the naval general whose innovative strategy was tested; the island-born Allied scout Jacob Vouza, who survived hideous torture to uncover the enemy’s plans; and Saburo Sakai, the ace flier who shot down American planes with astonishing ease.

Propelling the Allies to eventual victory, Guadalcanal was truly the turning point of the war. is an unparalleled, authoritative account of this great fight that forever changed our world. 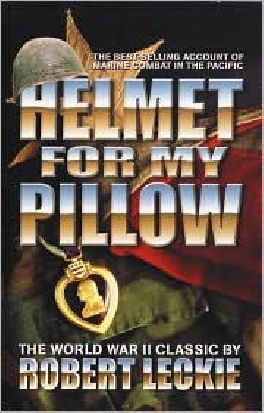